The little red Ford was ‘down.’  After 300,000+ miles and several sets of tires she had expired, her interior lights glowing off months earlier.

It takes time for a sense of history to develop.   Cecilia hadn’t put the time in yet being only sixteen.  She was the second of her family, the second of her generation to have been behind the wheel.  There was no luster or grandeur.  Never was.  Grandma had always owned her.  Until her grandchildren decided to grow up.  Cecilia and her brother were first.

Eunice, Grandma named her.  James had succumbed to cancer at the age of 41, leaving Granny and her daughter Johanna to tend the small farm.  Her first ‘owned’ transportation came when the Ford truck died and a friend gave them a little red Ford four door. . . no truck but she performed as such, willingly doing the impossible.   Income was ‘light,’ seeping in by govt relief and milk money.  Milk prices were down. And labor minimal.  Her daughter was not old enough at this point to lug the ‘yoke.’   While there was much to fret, Eunice kept hopes alive with her consistent start and mobility.  Grandma began cleaning homes, Eunice horsing her to her stops.  It was during that first year of vacuuming and window washing that the first Corgi showed up.

Cecilia had taken possession of Eunice when her brother, a year older, went off to A&M,  east in the Hill Country.’  Now it was Cecilia’s turn, though she had pushed hard for a ‘makeover.’ Her father collected Eunice from Collegeville and gave her the homespun tune up…kicked tires for air, made sure all fluids at their preferred levels and turned the key to start, shifting into drive.  Eunice moved off.  Another driver for her to taxi to whereabouts needed.  She behaved.  Always had.   Until now.

Cecilia was not so much angry but more shocked that the little car had died.  At least that was what her father was saying as he inspected her by the side of the road.  For two years back and forth to high school, shopping, and her part time job Eunice had been the benefactor for transporting Cecilia.  It was on a gravel road prior to the blacktop county road where she had expired.  Convenient.  Thoughtful.

“Looks to be the end, Cecil,” he said, head facing down, hood up.

Dad closed the hood and pulled it up to make sure it was secure, a natural movement for him.

“Grab your stuff and we will go get your mother and the truck to pull her home.  We can check better once there, but truly think she has expired.”

“K.”  Cecilia went to the passenger side and opened the door, taking her purse and jacket from the seat.   As she pulled her head out and up, she caught site of the three worn collars connected to the base of the rear-view mirror.  She stooped, knelling with her left knee and reached to unclasp them.  She held the three in her left hand and proceeded to her father’s car to head home.  They pulled onto the gravel.

Cecilia looked at the three small collars.  She placed them on her lap and picked up one of the pink ones.  “Elsie” was etched in the side.  She had been the first.

Grandma had gotten her a car companion and more.  She went with Grandma wherever she worked, staying in a kennel when not permitted to stretch out in a hallway waiting for the day’s activities to be over or nosing around to see what was ‘in the wind.’  Auntie Johanna stayed those times with a good friend who had a daughter the same age.  Of course her Aunt Johanna thought she was hers, but Elsie was all Granny’s.  A lovable lady who minded her manners in graceful ways, always ready for a snuggle from her girls, but especially Granny.  She hadn’t minded ‘helping’ with chores, but her idea of life was hanging out with Granny in the kitchen snapping table scrapes as dishes were being cleared or hanging out in the den on the couch.  Where she felt extremely important was on the drives, in Eunice, to work and grocery shopping. She was the co pilot, though there was a time she tried her hand at driving.  She lightened the ‘load’ that life was bearing at the time with her unconditional joy and love.

Of course Auntie Johanna wanted her own.  She kept at her mother until relenting was the only option! They might not have money, but they had space…and love of animals. Granny had spoken of this wish to the woman who had given her Elsie (she never could have afforded her) and asked if some arrangement might be made (there was absolutely no thought or intent of being given another:)  She could clean her barn until a puppy could be purchased.  Agreement was reached immediately.

Cecelia placed the first collar gently on her lap and took up the other.  Gracie.

… named for the grace that Elsie was, but they quickly discovered Gracie was not.  She was all Tom Boy and would run things her way.  Except with Auntie Johanna.  There it was love at first sight and affection unto no other.

So the four of them pushed on, growing in depth and commitment.  Then it happened.  Gracie was found comatose on her bed blanket one chilly Autumn day. Auntie Johanna was beyond upset as Granny attempted to contact the Vet.  Breathing was shallow but she was alive.  When they were able to climb in to Eunice it was doubtful if life would still be in the threshold when they reached the door.  It was, but there were no answers, just medicine to help breathing and, if any, pain.  A day later that inevitable decision had to be made…say goodbye or take her to the University hospital.  Granny hesitated not.   For two weeks Gracie hung while the mystery was looped and re-looped through all qualified veterinarian education. Nothing was coming together to get ahead of what blackness was holding the little dog in its grip. 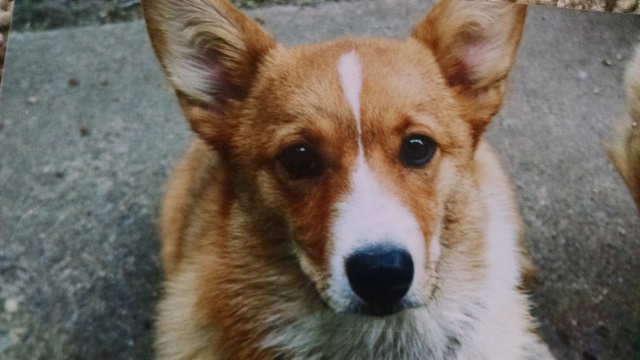 Gracie was not done.  There still are records of her illness at the large Veterinarian school which indicate that there was no singular action taken to heal.  Whatever combination of treatments pulled her out of the depths, Gracie got well.  She stayed for testing beyond, but then she came home.

She followed Auntie Johanna up the ladder of life with Elise staying near.  Granny doubled her work load to compensate for past dues.  Friends contributed.  She never regretted a nickle of the compensation owed.  Her girls were together.

As for all, time came knocking and Elsie was gone.  Granny could not step back…she had her daughter and Gracie to console.  She began knitting the holes in their hearts immediately while marginalizing her grief (unless alone.)  She leaned heavily on her Faith as she did when the daggers of anguish penetrated deep.

He came to Granny and Auntie without warning, a doe eyed spangle of mischief and ubiquitous fun!  A balminess that no medicine could replace.  Granny met him at the horse barn, while she was mucking out stalls for extra income.  A lady came in with him one day.

“Oh but he is a fine one,” laughed Granny as the pup attacked her boots.

“Yes,” said the lady, “but a handful.  Our last one to dispense of.  And this is the last litter we do!”

Granny stooped and played with his perked ears.

Whether or not the lady new of Granny’s loss months earlier, it did not matter.  It was a voice out of heaven.

Granny stood.  And stared at the brown and white shag with upturned ears.

“Really, we would love for him to go to a good home.  And I am tired of puppies.”

Tucker came home and he and Gracie were friends, though Tucker had to be put in his place at times.  No matter to him, he just chased after his non existent tail! 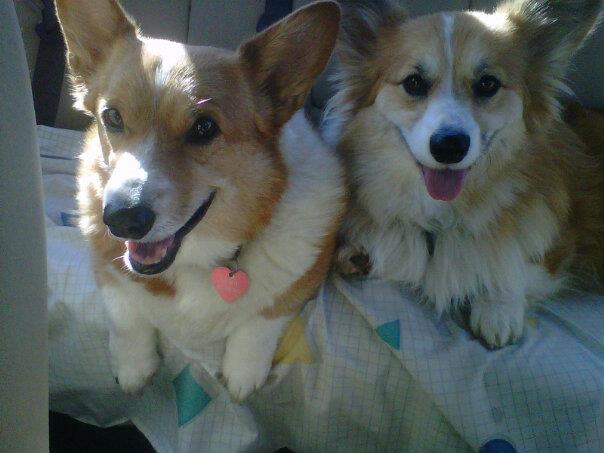 The years kept coming and Auntie Johanna decided to attend college on the West Coast.  That was not drive-able even for Eunice.  She softly cried as she got in the car to be taken to the airport.  In the window were two familiar faces; one sullen and the other with a smile that indicated he did not know really what was going on.  And the years went on.

Gracie passed four and half years later, the miracle dog diagnosis still unknown. Auntie Johanna flew home to bury the ashes.   Most people would shake their heads at that, but it mattered nothing to Granny.  She wanted her daughter to come home and say goodbye.  They did.

Cecelia put the second pink collar down and picked up Tuckers.  She slowly gazed out the window as she thought of the little dog.

Tucker changed.  He now became inseparable from Granny and she from him, her constant, more so than even Elsie.  Loss pushes such.  And the love was returned, softly ‘hard.’

Auntie Johanna married and she and Tom had three children.  They were quite a bit younger than Tom’s sister’s children; Trek and Cecelia.  So Eunice headed to that household as needed.  Eunice was kept as a ‘second,’ long in tooth but available.

A day opened with Tucker in great pain.  By the time the vet could quell it, Granny was shaken.  She also knew deep down that if they could not get this pain under control, there would be no trip to the Vet school.  She had promised her little joy bundle that he would never have to endure such pain again.  Even on antibiotics and with permission to go home, there was a troubling deep in her soul.  She knew something was truly wrong

“You will never have to endure that pain again for anything.  I love you Tucker.”

The laughing face still was able to smile, but his joy was truly hindered.  They slept together again one last night.

The condition worsened the next day.  Granny took him back to the Vet.  Tucker went home as had Elsie and Gracie.  Granny, dear Grandma sobbed.

In loving memory of Elsie, Gracie and Tucker…who loved unconditionally and we thank God for allowing us the privilege of being with them.