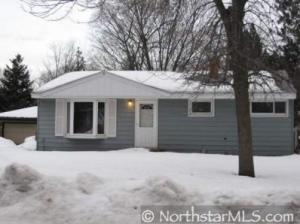 The Beatles dramatized simplistically Penny Lane and its culture in a song.  Most remember the music more than the words.  It is the way of Beatle music.  The lyrics flare but attract satisfaction.  Songs are poems one peals. The story comes out in the juice.  And the music is tantalizing.

Penny Lane is real.  So is Peggy lane.  It is not a song though.  Could be.  Just has not been made into one.  It is a kaleidoscope of stories blending into time.  Each drifting off to find its own end…and beginning.  It was framed in the after years of WWII, when suburbia met head on with cities, the desire for expansion to accommodate the new era of youth, veterans returning to a new world power that was in the throes of reentering time to refit peace.  Education, jobs, cars…all took off with the muscle of the new America and its youthful expectant population.  Nothing was beyond limits.

Peggy Lane was part of the first expansion westward of the old resort city of White Bear Lake.  White Bear had stretched itself southward earlier, but that move was more a blend into the greater area of St. Paul.  Though called White Bear down to County Rd E, it never was but a step child.  The population did not really grab an identity.  The two sections became rivals not friends.  More a threat from St. Paul than an inclusion.

The move to the west had the look of sameness of character.  Most were ramblers set up in a section perhaps 40 acres square.  The streets had girls names: Dorothy, Peggy, Sharon, Carolyn, and Sandra.  It was plotted and set on the west boundary of Old Town and pushed to the east shore of Birch Lake.  It seemed to find a coexistence which did not interfere with the core families that generated back to Al Capone, who had vacationed there.  The “greased” hood and its interbred populace treated the section as really nothing more than a happenstance.  No great push back nor hug of acceptance.  It coexisted. Its newness attempted to gain traction.  He was about six when they moved in, on Peggy Lane.

His father had returned from the “Big One” shortened on one side by amputation.  It interfered not with the common work ethic that prevailed with the countenance of available work.  America was surging forward and the flow of workers intertwined.  These were the younguns of the depression, so work was a most favorable expression.  While Dad prevailed to cover the bills, Mom was making the now familiar Rambler into a home.  She was the homemaker, the one that was frowned on latter by the feminists.  Each of her four children were given every opportunity to avail an activity.  He fell into cub scouts and then boy scouts, the tribal factions popular in the those flag waving times.  He did well. It was his distinct nature to do so.

He believed in himself.  Not a  frothing of self adulation, but just a deeply felt acknowledgement that if he wanted to do something, he could, or perhaps better said, would.  He carried  a distinct ambition that was just layered beneath a tempered ego.   Peggy Lane allowed him the satisfaction to experience the flavor of success mingled with the downturns of broken hopes.

But the downturns never pushed him back from where he wanted to go.  Might take him in a different direction, but he always could see the ‘tree line’ of his desires.  Butch, his knucklehead friend from across the street helped him to see the craziness of existence while still being a friend,  And Lars, who lived on the fringe of Old Bearville, kept a committed friendship while both tried convergent and divergent paths.  Growing up where a bike took you where you wanted, even if you had to fix a flat tire or chain;  it was nice to venture beyond just the neighborhood while maintaining a fixation with one.  Gave great stability.  That and the family who integrated with itself, exploring and accepting one another.

The separation of ‘old Bearville’ and the southern end continued into his junior high days.  The south side had its own junior high as did the north.  Mandatory attendance to the north one helped to create blend.  And spiked up the rivalry with the south.  Central in the north and Sunrise to the south.  The split actually allowed for greater capacity to cultivate athletic desires.  He continued to pursue his love of hockey while participating in other sports as they migrated into their seasons.

He was small and being so had its good and bad.  It allowed him to avail himself in such activities that lightness, speed, and endurance prevailed.  It hindered him as the grades marched on and he found himself playing physicals sports against larger players.  He just found another path toward fondness.

Hockey, a great equalizer when it came to ability, allowed him continued participation.  He loved the sport. And he had his ‘times.’  However, when he reached high school and the two junior highs came together to become the Bears of White Bear Lake, he found the footing harder to obtain.  It deterred him not.  In Jr. High, he had found out what it was like to be on the outside when he had tried out for the Legion team to represent White Bear only to be turned away.  The last one cut.   He kept playing, on his own.  With his friends from Peggy Lane.  He played for the shear enjoyment, while begrudging not.

And he had a knack.  To prevail.  Football was out of the question.  He became captain of the soccer team.  He kept playing hockey and found himself getting a role on the hockey team his senior year.  He worked hard.  But where he shot forward was in his lesser loves.

Soccer, where he became captain his senior year.  Skiing, a jitterbug complete.  Running. He could run.  Golf captivated his drive and desire.  He became good.  He just loved playing.  And he tried almost everything..

More importantly, he was the kind of guy that one liked having around.  He did not sugar coat the obvious, but he did not allow it to smear the potential of the next activity.  Teams need such at their core.  Those that are there in love of game and friendships are important.

Peggy Lane kept central to who he was.  Grounded in the ethics of hard work and discipline.  It was because of his work ethics and classroom push that he received a full scholarship to the University of Minnesota, bequeathed upon him over many more toted individuals.  Golf was the underwriter of the  scholarship.  He was in ‘life’ for the long haul, its grandness.  He never quivered from work or play.  Peggy Lane served as a backstop.

He married his high school girlfriend.  It failed.  That his heart was wrenched one can imagine, but it was not torn out.  He had the ability to shed a tear, whip the dust off his knees from where he had fallen and get back into life.  It was a time where all were succumbed to their own existence and as such the prevailing winds.  He had learned that success was not determined by any but oneself, no matter the ‘mantel.’

3M hailed him those early years and he put in his time.  But after years of answering to people he grew less fond.  He had found that he wanted to be his own.  He moved into Real Estate, finding traction and success before cycle downturns.  When they came he reached back and hung on.  Realizing that he was more fit to prevail in the Mortgage side, he made his way through those tests.

He had started life with a deaf right ear.  No matter, he compensated with his left remarkably.  Even his smile creased toward the good one.  And it is a smile that catches one with genuineness.  He never used the blankness as a crutch.  Perhaps he saw how his father pressed forward.  It would not make or break him.

His freshman year at Minnesota, a great collegiate hockey institution, he led the freshman in scoring during the try outs.  Outsiders shook their heads.  He just smiled and hoped.  He was cut.  Mattered not as he proceeded forward.

His friendship always seemed real, but he did not allow it to trump what and where he was going.  When he was with you, he gave you himself.  When he was not, he was gone. Reliability did underscore his nature and when one came into his presence it was always acceptable.  Enemies were non existent.  He was accepted for himself.  And when he took on the jibes thrown his way, he parried them with intelligence.  Made others smile.

His greatest achievement was marrying again and fathering two wonderful children.  With a wife that stood by him and children that respected him, he fought through the ebb and flows of the mortgage banking system.  Continues to do so.  And the family is fine.

And Peggy Lane?  His mom still resides in the same home, having buried her husband three years ago.  She continues to be a Mom.  His siblings are good.  And the growth of White Bear has expanded well beyond that 40 acres.  But the ‘girls’ are still there.  Peggy Lane, where he began his life and was fortified to accomplish still has the signs at the two ends of the street.   White letters on green background.  Could be a song;

Peggy lane is the street where I got my start.

Peggy lane is always with me in my heart.

All the people who come and go, they will never know,